To nominate a candidate for one of these awards, please submit the short nomination form found below. If you have a candidate recommendation but do not know the candidate personally or do not feel otherwise qualified to nominate them, you may bring the candidate to the attention of the selection committee for consideration by submitting this form.

The Sargent Shriver Award for Distinguished Humanitarian Service is awarded annually by NPCA to Returned Peace Corps Volunteers who continue to make a sustained and distinguished contribution to humanitarian causes at home or abroad or are innovative social entrepreneurs who bring about significant long-term change. The award is named in honor of the tremendous contributions of the first Peace Corps Director, Sargent Shriver. 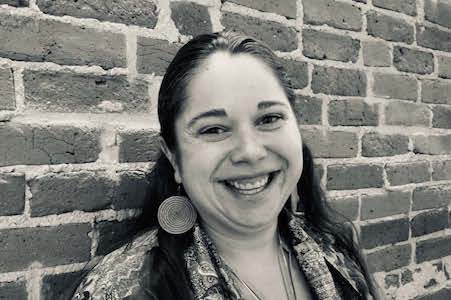 Sherry Manning is the founder and U.S. executive director of Global Seed Savers, an international nongovernmental organization committed to building hunger free and healthy communities with access to farmer produced seeds and food. Global Seed Savers has trained more than 5,000 Filipino farmers in seed saving, established three seed libraries, and is building a movement across the country to restore the traditional practice of saving seed and building seed sovereignty.

Sherry Manning’s work in the Philippines began 15 years ago, in 2006, when she served as Peace Corps Volunteer in the town of Tublay in Benguet Province. Global Seed Savers’ work has grown exponentially since this time; however the foundation of her story in the Philippines and continued work will always be about deep relationships to the land, people, and places of her second home, the Philippines.

Sherry holds a master’s in environmental and natural resource law from the University of Denver Sturm College of Law and a B.A. in government from the University of Redlands in Southern California. Sherry is also a daughter, sister, and very proud auntie or Anta (as her nearly 6-year-old nephew calls her)! She has always been passionate about ending injustices, spending quality time in the natural places she advocates for, and building deep and meaningful relationships within her community. When not working for Global Seed Savers and serving on various nonprofit boards, Sherry can be found playing in the beautiful Colorado Mountains hiking, fly fishing, camping, and more.

To nominate an individual for the Shriver Award, please download the Shriver Award nomination packet and submit all materials to vp@peacecorpsconnect.org. Award nominations are accepted year-round but must be received by May 1, 2022 to be considered for the 2022 award. To better understand the selection process and eligibility for the award, please review the Rules, Regulations and Review Criteria included in the nomination packet. 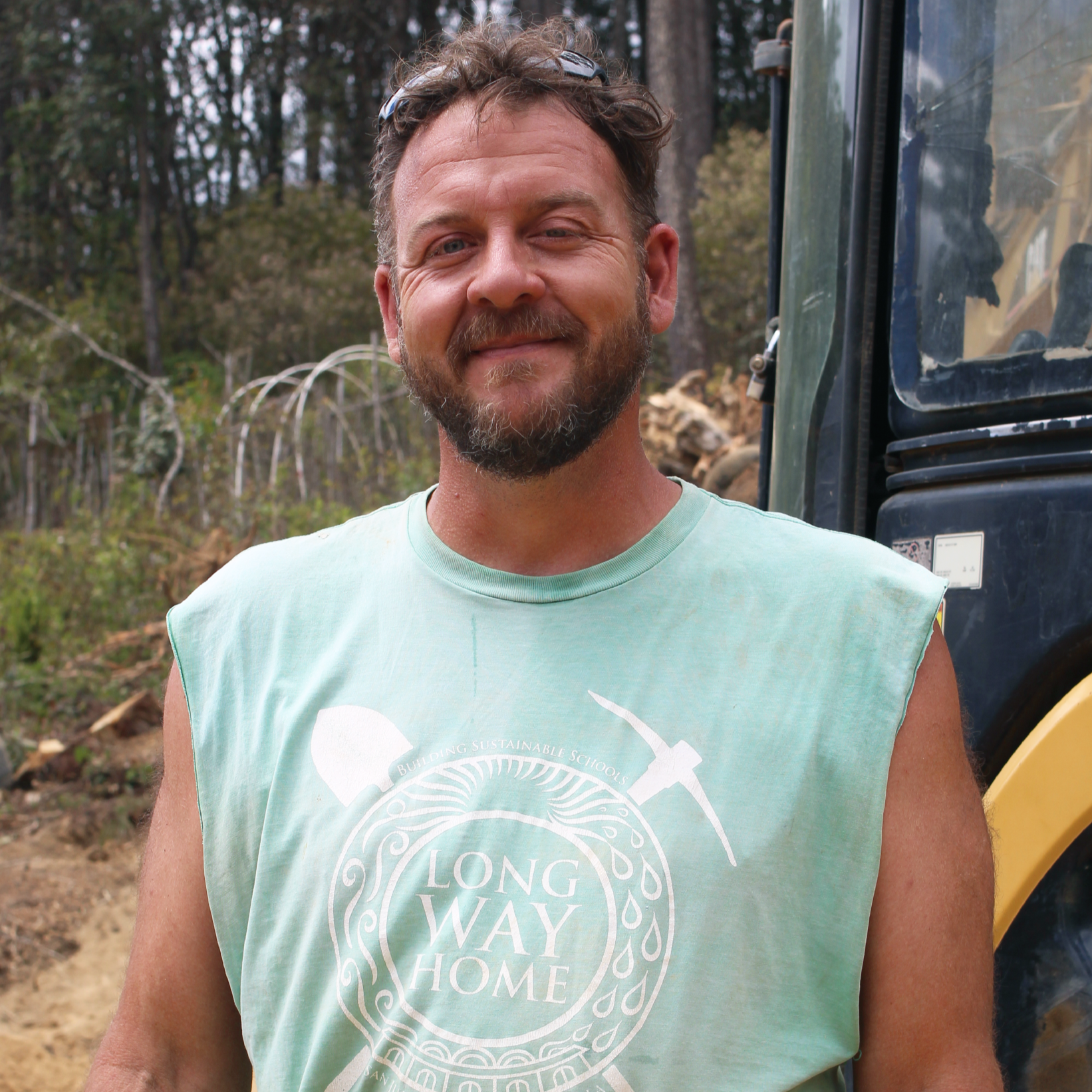 For 18 years, Matthew “Mateo” Paneitz has devoted his life to the redress of ethnic violence and systemic oppression perpetrated against the indigenous peoples of Guatemala. He has been doing this while living and working in San Juan Comalapa, a town of 40,000 primarily indigenous Kaqchikel Maya, located in Guatemala's Western highlands. The Peace Corps brought Mateo to Guatemala in 2002 and led him to a life of unwavering dedication to equitable development in Comalapa and Guatemala. In Comalapa, Mateo was exposed first-hand to the brutal aftermath of the Guatemalan Civil War, a colonialism-driven conflict that claimed hundreds of thousands of lives — primarily indigenous peoples. Throughout Guatemala, extreme environmental challenges and inequality, as well as high rates of unemployment and illiteracy, stymie equitable and sustainable development. To address these issues and to provide better living conditions for Comalapans, Mateo founded Long Way Home, a 501(c)3 non-profit, in 2005. Long Way Home utilizes green building, employment, and education to mobilize people to actively participate in democracy and create innovative pathways to economic and environmental justice.

To nominate an individual for the Shriver Award, please download the Shriver Award nomination packet and submit all materials to vp@peacecorpsconnect.org. Award nominations are accepted year-round but must be received by July 25, 2021 to be considered for the 2021 award. To better understand the selection process and eligibility for the award, please review the Rules, Regulations and Review Criteria included in the nomination packet.

The annual Loret Miller Ruppe Award, named after the widely admired 10th Director of the Peace Corps, is presented by NPCA to outstanding affiliate groups for projects that promote the Third Goal of Peace Corps — “strengthen Americans’ understanding about the world and its peoples” — or continue to serve host countries, build group spirit and cooperation, and promote service. Eligible projects include those completed within the past two years or ongoing for at least three years. The purpose of the award is to recognize the great work that NPCA’s groups are doing and to generate ideas that other groups may emulate in their communities.

Peace Corps Community for Refugees is this year’s recipient for its outstanding advocacy for refugees during the current Afghanistan crisis, as well as its continued resettlement work in Greece and Mexico and its efforts to educate the public on refugee support. The affiliate group began with five initial members in 2016 and has grown to more than 1,200 members in the Peace Corps community.

The group works in three main areas. Through education, they seek to inform others about issues pertaining to refugees through stories and educational resources. Through resettlement support, they connect interested volunteers with NGOs serving refugee communities. Through advocacy, they work on behalf of refugees at the national, state, and local level.

This year’s award was presented on September 23 at Peace Corps Connect, a 60th anniversary conference for the Peace Corps Community. The award was announced by film and television writer Katherine Ruppe, the daughter of Loret Miller Ruppe.

The award was accepted on behalf of Peace Corps Community for Refugees by Barbara Busch, team leader for overseas action for Peace Corps Community for Refugees. As she noted, this year's work has involved important collaboration with NPCA affiliate group Friends of Afghanistan, which has provided leadership in joint advocacy for SIV Afghan evacuation and planning for resettlement support. In accepting the award, Barbara Busch reminded audience members that the work in front of them is growing: advocating for Afghans still left behind; the crisis at the border for Haitian asylum seekers; and the looming crisis of climate migrants.

Friends of Korea was established to foster connections between people in U.S. and Korea — and between Korean-American communities stateside and wider communities. The group has also sought to foster cultural awareness and cultivate philanthropy. In 2016, Friends of Korea started the Project “Study Guide to Accompany The Korean Transformation,” an easy-to-use manual for educators and workshop facilitators to use when teaching about the dramatic economic, social, and political development of Korea.

The main purpose of the Study Guide was to promote a better understanding to the American public of the dramatic story of modern-day Korea’s development. In addition to the activities devoted to the story of Korea, the guide purposely included “extension” activities so that students can understand about the diversity in their local community, the Peace Corps and community service, and transformative learning — all of which lend themselves to the development of group spirit, cooperation, and the inclination to serve. The guide also helps Friends of Korea to stay connected with the country where they served by spreading one unique story in particular: Korea is the first Peace Corps partner country in the world to launch its own government-funded overseas volunteer service corps, “World Friends Korea.” 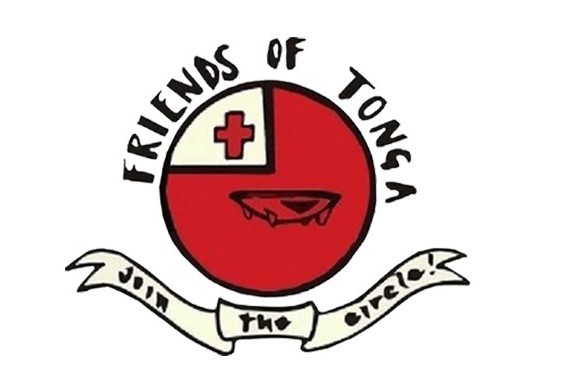 Friends of Tonga designed and implemented a pen pal exchange program between schools in the United States and Tonga. Teachers are provided with a pen pal guide that gives an overview of the program and its process. When possible, a Friends of Tonga representative has gone to participating schools to introduce both Tonga and the project to the teachers and students. When Friends of Tonga is unable to deliver a presentation in person, slideshows have been created for both Tongan and U.S. teachers to orient their students to the other culture.

This program enhances literacy rates in Tonga, raises awareness of Tonga and its people, and has increased event participation and donations. “This project is extremely replicable!” note Friends of Tonga. Partners are provided with guidance and an orientation PowerPoint deck to present to classes, digitally. All of these resources can be found online.

To nominate an affiliate group for the Ruppe Award, please download the Ruppe Award Nomination Packet and submit all materials to groups@peacecorpsconnect.org. Award nominations are accepted year-round but must be received by July 25, 2021 to be considered for the 2021 award.

Due to the ongoing coronavirus pandemic, the Harris Wofford Global Citizen Award will not be presented in 2021.

The Harris Wofford Global Citizen Award is named after the former U.S. Senator and special assistant to U.S. President John F. Kennedy who was instrumental in the formation of the Peace Corps. It is awarded annually to an outstanding global leader who grew up and continues to live in a country where Peace Corps Volunteers serve and whose life was influenced by the Peace Corps. Learn more about Harris Wofford.

This award is made possible by a generous gift from Atiku Abubakar, businessman, philanthropist, and former Nigerian Vice President for the Global Leaders Program. Atiku Abubakar was the first recipient of the award, which was presented at the Promise of the Peace Corps Gala in September 2011.

In summer 2020 three past winners of the award took part in the global ideas summit, Peace Corps Connect to the Future, to give host country perspectives on Peace Corps at a time when all Volunteers have been evacuated from the countries where they were serving. Read and watch remarks from Luis Argueta of Guatemala (2019 recipient), Kul Chandra Gautam of Nepal (2018 recipient), and Dr. Mohamud Sheikh Nurein Said of Kenya (2013 recipient).

To nominate an individual for the Harris Wofford Global Citizen Award, please download the Wofford Award nomination packet, and submit all nomination materials to woffordaward@peacecorpsconnect.org. (Contact us for nomination materials in Word.) Award nominations are accepted year-round; the date of the next award presentation has not yet been set due to COVID pandemic restrictions. To better understand the selection process and eligibility for the award, please download the frequently asked questions.

Do you know a Peace Corps woman who is an emerging leader supporting women and girls in her community or around the world? Or, do you know a Peace Corps woman whose lifetime contributions have made a significant difference in the lives of women and girls in the world? Learn more about the requirements and how to nominate these women for the annual Kate Raftery Emerging Leader Award or the Deborah Harding Women of Achievement Award.

Nominate exceptional Peace Corps women for these awards. The 2021 deadline for nominations was June 15. The awards will be presented at the Peace Corps Connect 2021 Conference in September.